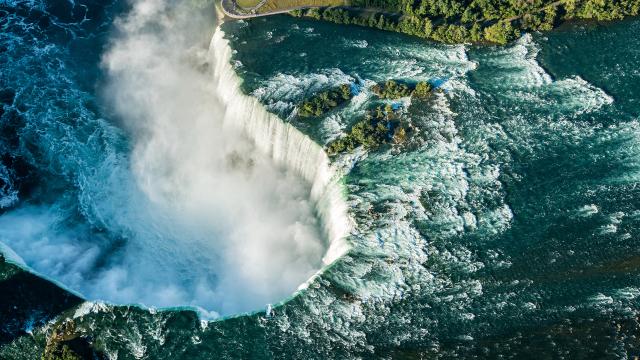 Niagara Falls is overflowing with natural beauty — and with history! These interesting facts about Niagara Falls, NY might come in handy during your next trivia game (or for your kiddo’s school project).

1. Three falls are better than one.

The fact that we refer to the Falls collectively as “Niagara Falls” leads many to believe that we’re talking about one giant waterfall when, in fact, there are three. The aptly named American Falls are on the U.S. side, as are the lacy Bridal Veil Falls; the Horseshoe Falls (pictured above) are almost entirely on the Canadian side.

2. The Falls are young — geologically speaking.

Niagara Falls was formed from the same glacial-melt activity that formed the Great Lakes at the end of the last Ice Age, some 12,000 years ago. That may seem like eons to us, but it’s just a blink of an eye in the grander scheme! 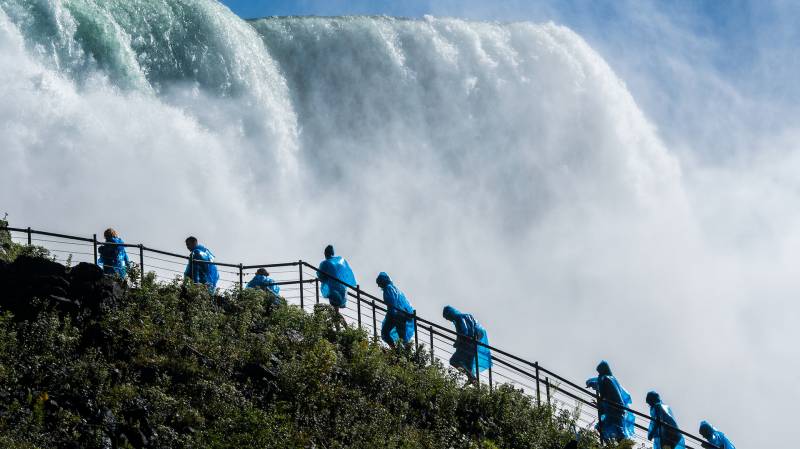 3. Speaking of the past: Niagara Falls is America’s oldest state park.

We have an impassioned group of environmentalists to thank for what is today Niagara Falls State Park. (One of those environmentalists? Landscape architect Frederick Law Olmsted, of Central Park fame, who would later design the park.) Troubled by the commercial activity occurring on the river, these saviors encouraged New York State to buy up the land surrounding the Falls to keep it safe from exploitation. As a result, in 1885, the park was established as the Niagara Reservation.

4. It’s not the tallest waterfall in America, but how tall is Niagara Falls?

Niagara Falls' vertical height is over 176 feet in some sections. That’s nothing to scoff at, but it pales in comparison to the continental United State’s tallest waterfall, Yosemite Falls, which tops out at 2,425 feet. But what it lacks in vertical size, Niagara Falls makes up for in horizontal size, and in volume: More than 700,000 gallons of water per second pour over Niagara Falls, rushing over at about 25 miles per hour. That makes Niagara Falls the largest in North America by volume and by width. 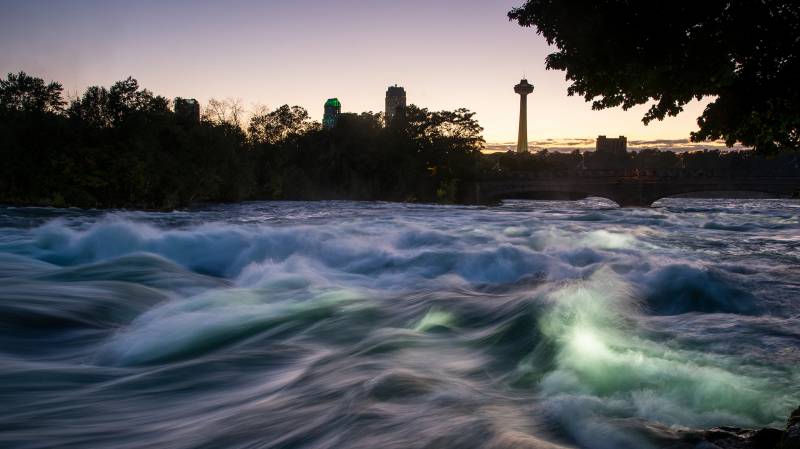 Lake Superior, Michigan, Huron and Erie drain into the mighty Niagara River before emptying into Lake Ontario. Put the five Great Lakes together, and you get the world’s largest freshwater system.

Back in 1885, Nikola Tesla and George Westinghouse created the world’s first hydroelectric power plant in Niagara Falls. These days, the Falls are capable of generating 4 million kilowatts of electricity, which is enough to supply more than a quarter of all the power used in New York State and in Ontario, Canada! 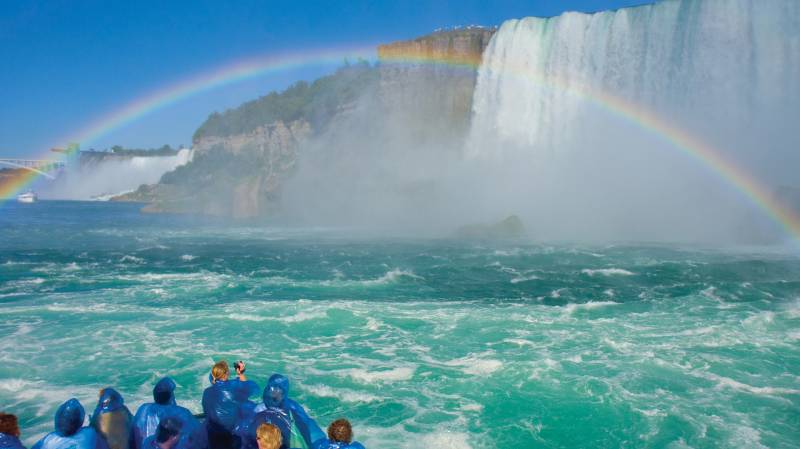 7. No wonder so many people visit!

More than 8 million visitors explore Niagara Falls State Park annually, coming from all over the world.

8. … which gives some people some crazy ideas.

The first person to go over the Niagara Falls in a barrel was 63-year-old schoolteacher Annie Edson Taylor — she suffered only a concussion and a minor cut on her head. At least a dozen people have survived the plunge; numerous others have lost their lives. (By the way, stunting at Niagara Falls is illegal and includes hefty fines and possible jail time.) 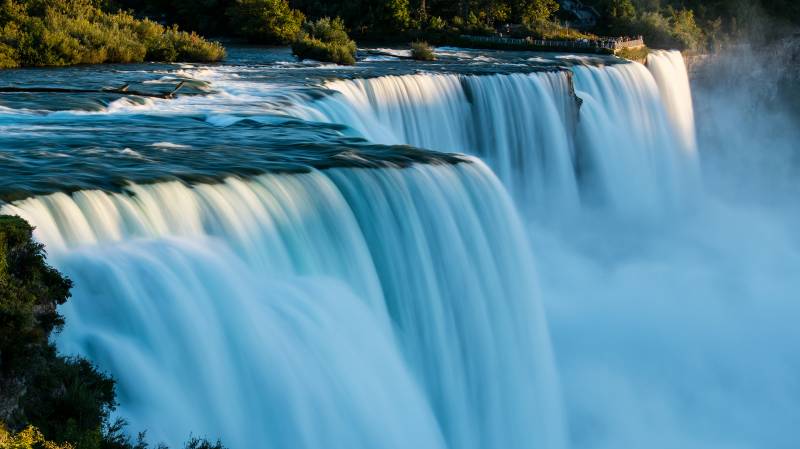 9. Fish, however, fare better than people.

Yes, fish do plunge over the Falls, and it’s estimated that almost all of them survive, thanks to their ability to flow with the water. Sometimes, however, they are a bit “stunned” after making the journey, but those who escape the circling seagulls shake it off and swim away.

The Falls were originally located seven miles downriver near what is now Lewiston; the brink has slowly eroded to its current location. Niagara Falls' current erosion rate is approximately 1 foot per year and could possibly be reduced to 1 foot per 10 years due to flow control and diversion for hydro-power generation. Eventually, though — likely tens of thousands of years from now — they’ll disappear into Lake Erie.