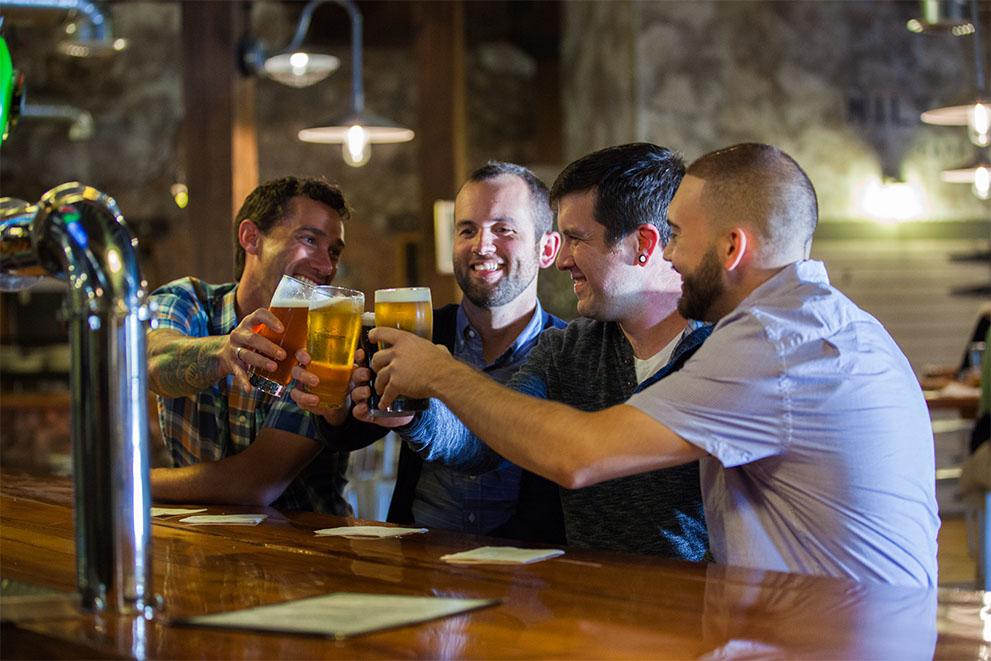 Embark on a Niagara Falls USA brewery tour with this handy guide to local breweries and cideries. Discover local brews, learn about the owners and taste their unique creations.

A local pioneer of pale ales, porters and IPAs, Woodcock Brothers in Wilson (and North Tonawanda, too!) was the original brewery in Niagara County to create and serve its own beers. Brews, many of them neatly inspired by local sites (like Goat Island Maibock and Devil’s Hole) are best paired with salty spent-grain pretzels and gooey poutine from the hip and hearty bar menu.

The Blackman family has been farming the fertile soils of Niagara for generations — 160 years and 160 acres to be exact. Blackman Cider Co. uses only hand-selected heirloom apple varieties — delivering a distinctive artisanal taste to the family’s delicious liquid gold.

Homegrown takes on a new meaning at Becker Brewing Co. The Gasport outfit offers beer produced on the farm, from pilsners to ales - and even a sour power-brew. Choose your favorite by ordering a flight — and save room in your trunk for a take-home growler.

If you fancy mixing the grape with the grain, head to Live Edge Brewing, set in the heart of the Niagara Wine Trail, USA in Burt. The vibey, rustic taproom features 24 brews on tap, as well as ciders, wine and a full bar. Hungry? Munch on-point pork carnitas and taproom dippin’ chips.

Looking for a neat brewery chaser? Niagara Craft Spirits in Lockport is a proud purveyor of small batch whiskeys and gin, tapping into the trendy microdistillery movement. Punchy blends are made with locally sourced ingredients, with bottled highlights that include a silver corn whiskey and cinnamon-flavored gin. If that doesn’t convince you, they also wow with featured cocktails.

The closest Lewiston brewery to Niagara Falls, Brickyard Brewing Co. is also one of the coolest, serving a unique blend of Brooklyn edge and upstate chill. Although temporarily closed, you can still enjoy their cold brews next door at the Brickyard Pub & BBQ, or order 4-packs and cases to-go!