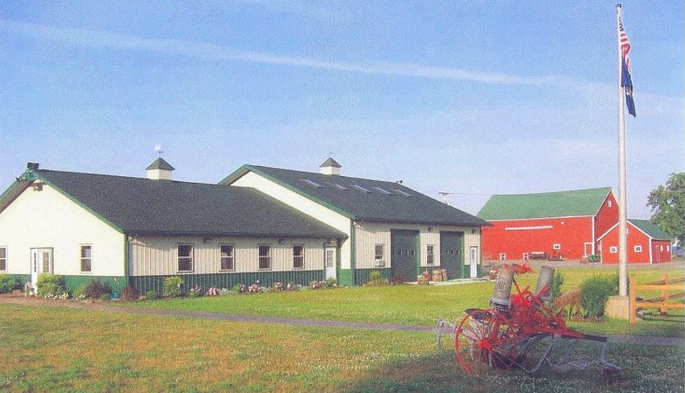 Tucked away in an unassuming corner of Niagara USA’s rolling countryside is a building that contains creatures and artifacts that tell the story of the people and places that made this part of Western New York the culturally-rich destination that it is.

The Sanborn Lewiston Farm Museum (2660 Saunders Settlement Rd., Sanborn, N.Y.) sits on a 56-acre farm, inside a 120-year old vintage barn. An historic farm and living agricultural center, there is also a railroad and one of the oldest school houses in Niagara County on site.

The museum is divided into two sections that highlight what life was like throughout the decades, including what a typical household would look like and products used (probably by a housewife) and items that reflect the reigning top industry in Niagara County - agriculture.

One area showcases a local dentist's office and his laurels - including a diploma from New York University and the tools that would have been used on patients circa the 1950s!

Located on the greenway between a Wonder of the World Niagara Falls and the engineering marvel and historic Erie Canal, and now the growing Niagara Wine Trail, USA; the Sanborn Lewiston Farm Museum is a great venue for groups, school trips and individuals.

It's even home to "Moo Two", a two-headed calf born in 1920s on the John William Blank farm, Lockport Rd., Sanborn. The calf only lived five days but is taxidermied and has been a star attraction for patrons, for many years.

"The Niagara Frontier" is the first installment of a two-part series.