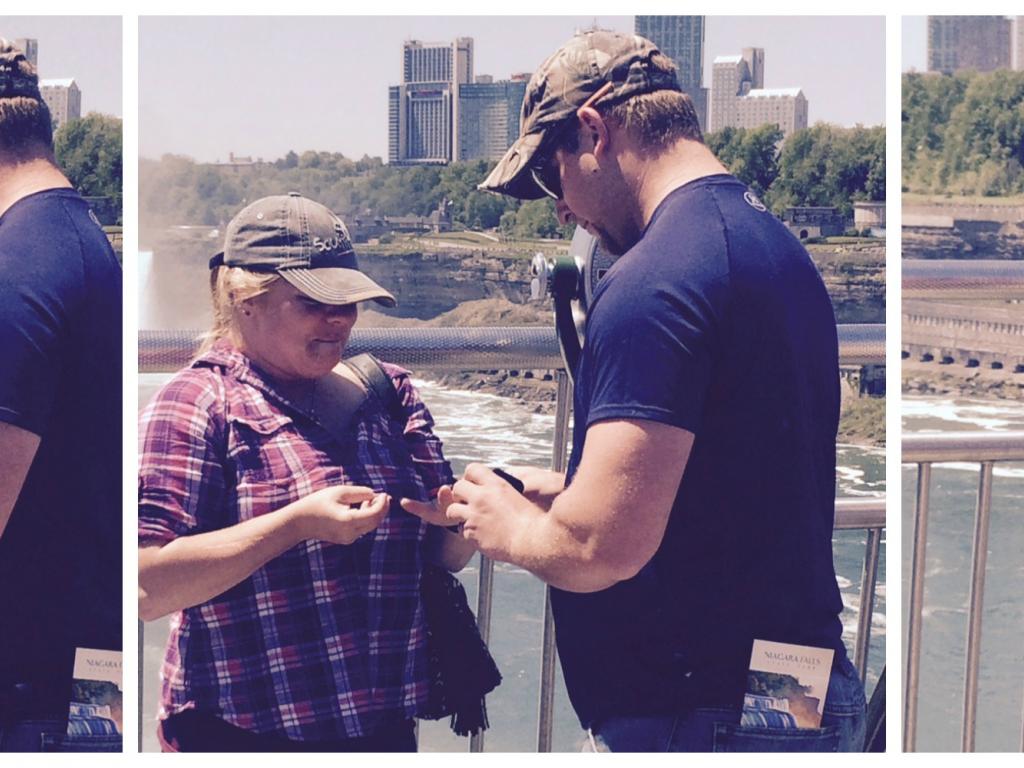 Thanks to the power of social media, the mystery couple engaged on the Observation Tower in Niagara Falls, N.Y. have been identified.

Earlier today, we received an email from Jeff and Deb, hoping we could help them find the couple seen in the photos. The email read, "I don't know who they are but I took these pictures on the Observation Tower on Wednesday, June 3, 2015." We quickly shared the images via Facebook and Twitter, hoping we could identify the couple and provide them with the photos taken during the proposal. Four hours later, we heard from the recently engaged, Chelsea Taylor.

Chelsea and her boyfriend, now fiance, Billy Grinell, are both from Fort Worth, Texas and were visiting family in Pennsylvania and took a day trip to Niagara Falls, N.Y. Since the age of 15, Billy had dreamed of proposing to his future wife at Niagara Falls - and it can officially be checked off his bucket list!

Congratulations Chelsea and Billy! We wish you a lifetime of love, laughter and happily ever after! May Niagara Falls, N.Y. always a hold a special place in your hearts!