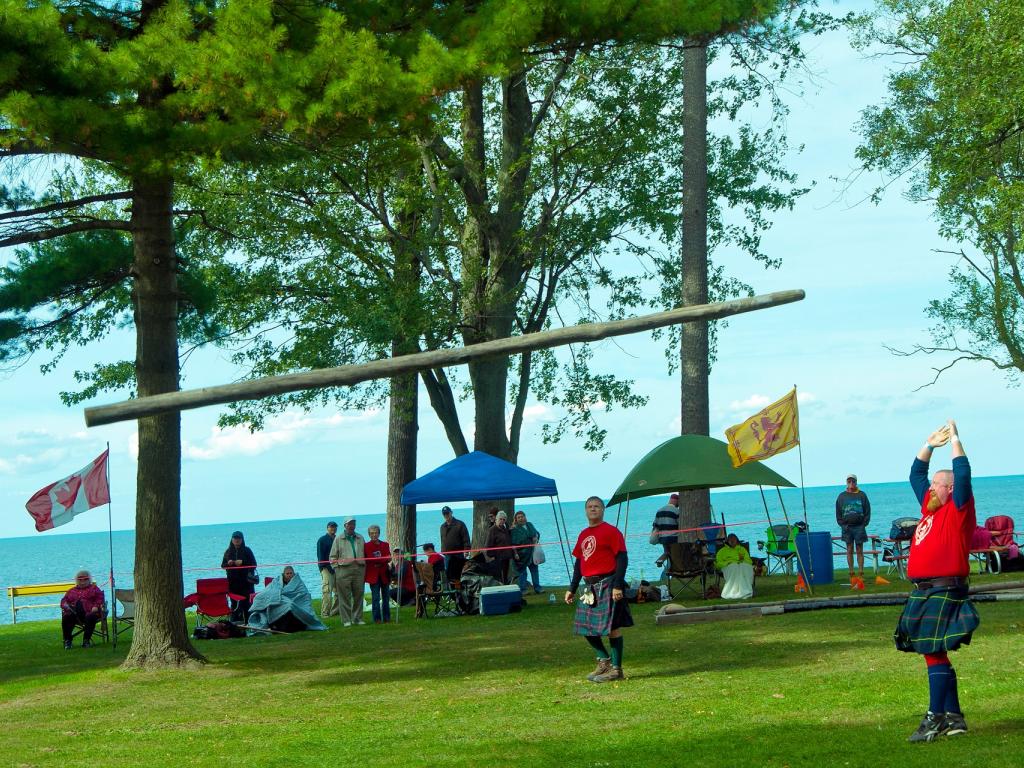 Men and women will test their strength this weekend, at the 2014 Niagara Celtic Heritage Festival, in Olcott Beach, N.Y. Individuals, male and female, are real athletes and train year round.

Each year at this event participants set many "personal bests" and usually a few world records are set in front of large crowds, cheering on their favorite athletes.

"I have competed in more than 200 games and yours is one of the best!" - -Terry, past participant

The Niagara Celtic Heritage Festival hosts one of the largest multiple division Highland Games in North America. Over 60 athletes from across the U.S. and Canada will be competing in 11 different divisions over two days, to decide the winner of "Athlete of the Day" in each division. In addition, competition for "Athlete of the Year" for each of these divisions will also be decided based on where they have placed in seven games dating back to October 2013.

Highland Games (Ancient Strongman Competition) have origins in the Celtic nations. Many centuries ago the Scottish kings and Clan chiefs used a strongman contest to determine who were the best athletes and therefore the best warriors. These competitions have continued to the present day known as Highland Games with the most popular event being the caber (large log) toss but also includes throwing various weights for maximum distance and maximum height.

New to the festival this year is a "test of strength" game from times past. During the High Striker Game, participants have the chance to swing a large hammer at a target on the ground, endeavoring to ring the bell at the top of the game's tower.

Another recent addition to the competition is the matching of clans with individual competitors to also determine the "championship" clan.

Saturday afternoon is the annual "Olcott" rugby game, pitting The Lockport Rugby Club's "Gang Green" in a league match against the Rochester Colonels. The game has 15 members on each team playing with the motto "no pads, no problem." The match will be held at the east fields of Krull Park South, across the street from festival grounds.

Less strenuous yet still athletic events include a dart tournament. The third annual dart competition will be held Saturday afternoon at The Time Out Sports Bar & Grill, (just two blocks from the festival) for the Celtic Cup and prize money.

The second annual Niagara Celtic 5K Run will be held Sunday morning. It begins and ends on festival grounds with the route following a scenic tour around Olcott Beach. This year's race is part of the DiMino Lower Niagara River Running Series. A portion of the proceeds will benefit the Newfane Woman's Lacrosse Club.

After the competition all participants head to the festival, where the winning teams are introduced during the Saturday evening Ceilidh Concert. Schedules and more details about all these athletic events are at NiagaraCeltic.com. For information or to register call 716-778-5890 or visit NiagaraCeltic.com.