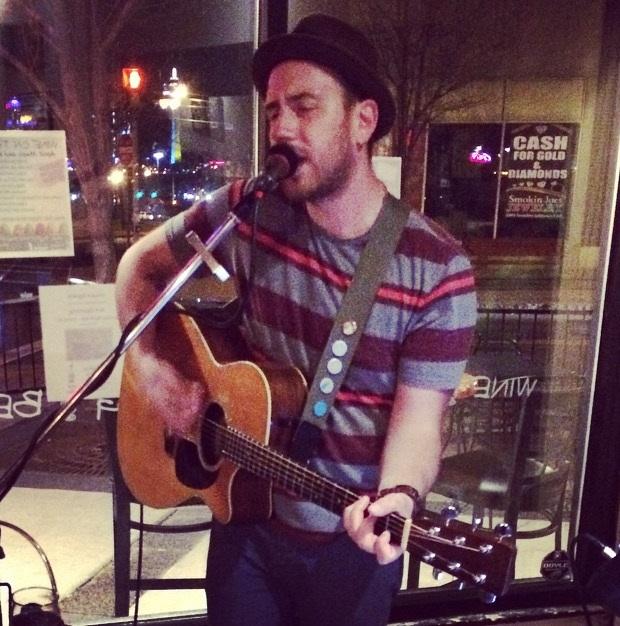 Nothing stimulates the mind like Zak Ward performing live acoustic music in a relaxed atmosphere. Recently, I caught his performance at Wine on Third in Niagara Falls.

Ward plays a wide range of songs from Neil Young to Weezer and will take requests. He also plays original songs that capture the audience in such a beautiful way you would think the songs were written about you. His distinctive voice gives well-known songs a different, yet pleasing characteristic that holds the audience's attention and leaves them asking for more.

Along with Wine on Third, he also plays a weekly show in the Niagara USA area every Wednesday night, at the Brickyard Pub & BBQ in Lewiston.

On warm summer nights, the Brickyard will open up their patio to allow room for dancing as Ward plays an array of songs into the late evening. His music appeals to every individual from all age groups.

Here's a suggestion, celebrate a night of music. After a Wednesday evening at Artpark, head over to the Brickyard and keep the night going with great music, good friends, cold brew and delicious BBQ.

For more information on when and where Zak Ward will be playing, check out his Facebook page at facebook.com/travelzakward.

Do you have a musical act for Allison to review? Contact us at ntcc@niagara-usa.com.