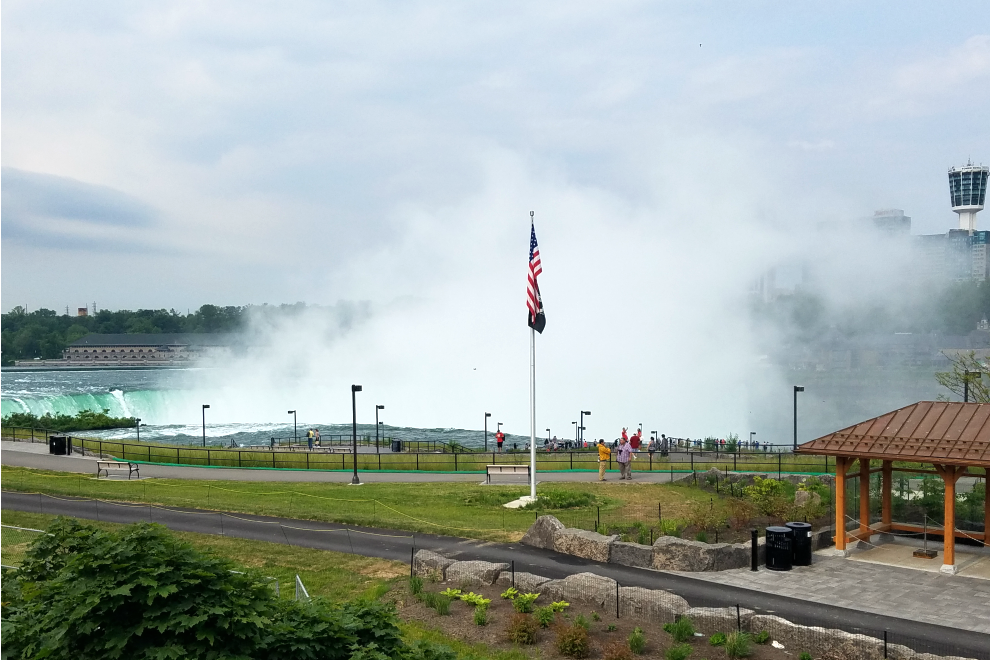 Thursday, June 15th marks the 5 year anniversary of Nik Wallenda’s infamous wire walk across Niagara Falls. To commemorate that momentous event, Nik’s wife, Erendira Wallenda will perform an acrobatic performance which includes dangling by her teeth from a helicopter 300 feet above the Horseshoe Falls at Niagara Falls State Park.

Several years ago, Nik Wallenda dangled by his teeth from a helicopter at 200 feet. Erendira is attempting to break her husband’s record.

How long will the stunt last?

Erendira Wallenda will be above the Falls performing for a total of approximately 5-7 minutes.

What time is this taking place?

How can I see it?

The most ideal location for viewing the stunt in-person is from Terrapin Point on Goat Island at the Niagara Falls State Park.

Watch the video of Erendira Wallenda’s record-breaking stunt below: