"As the tourism industry grows in Niagara Falls USA and its surrounding communities, so does the amount of positive media coverage about the region," said John H. Percy, NTCC president & CEO. "Michelle has the experience to take our media relations needs to the next level, and I am confident in her ability to showcase our destination on the world's stage."

An abundance of media coverage about Niagara Falls, N.Y. started earlier this year and resulted in more interest from international outlets, including the BBC and MOOK (Taiwan). There has also been an increase in domestic media coverage, including broadcast and print publications. Media circulation numbers that covered Niagara USA has already surpassed last year's impressions, along with the value of that earned media. In just the first quarter alone, an audience of over 104 million was reached in 2015, which is an increase over the 48 million total reported in 2014. 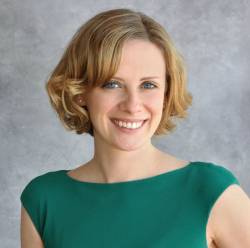 Blackley has 15 years of experience in communications, having held her current position of communications manager at NTCC for almost four years. She holds a master's degree in Communications from New York University and is a member of the Society of American Travel Writers (SATW). She is also a director at large for the Public Relations Society of America (PRSA) Buffalo Niagara Chapter, and a board member of Lockside Art Center. Blackley recently joined Niagara University's College of Hospitality & Tourism as an adjunct instructor and hosts "Niagara Now" on WLVL and LCTV. She is a native of Lockport, N.Y.

NTCC is currently conducting a search to fill the communications manager position.

The mission of the Niagara Tourism & Convention Corporation (NTCC) is to expand the economic prosperity of the Niagara USA communities by generating individual and group visitation. For more information, visit niagarafallsusa.com.